The Complete Guide to the Titer Test for Cats and Dogs 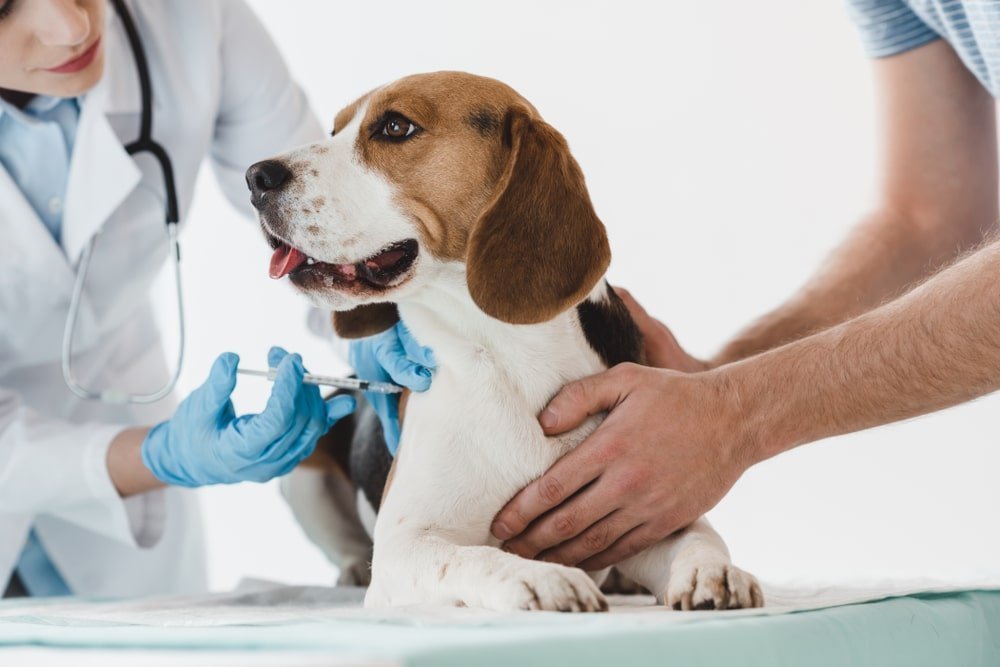 What is the titer test?

A titer test (spelt “titre” in the UK) is a diagnostic lab test. It measures the level of antibodies circulating in the blood. These antibodies are produced when antigens (like a virus or bacteria) produce a response from the immune system.

How is the titer test done?

It’s a simple procedure where a small sample of blood is drawn from the animal. The sample is diluted, and the antibodies are measured. The titer level is expressed as a ratio – revealing how many times the blood can be diluted before no antibodies are detected.

What does a titer test show?

The titer test results reveal the level of antibodies circulating in the animal’s blood. The response is either from exposure directly to the antigen or from a vaccination. Antibodies that are produced defend the pet’s body against the disease.

What can the titer test show?

One titer test can reveal antibodies for:

Is the FAVN test the same as the RNAT test?

Yes, the RNATT (Rabies Neutralizing Antibody Titre Test) is the same as the FAVN test. FAVN stands for Fluorescent Antibody Viral Neutralization. RNATT is a generic term which encompasses the FAVN method.

How long does a rabies titer last?

Two well-known researchers in veterinary science found that dogs can maintain immunity for up to seven years after vaccination. The rabies titer test is one that’s considered quite accurate. Studies done in France and in the U.S. indicate that immunity for rabies may last much longer than traditionally thought but different countries have different validity of the titer test.

If that’s true, pet owners may be able to extend the period between shots. For veterinarians, since they work with animals constantly and are considered at risk for exposure to rabies should have their personal titers checked every two years.

How much does a rabies titer test cost?

They’re not cheap, but you should be able to get a rabies titer test done for around $1250 AED ($340 USD). The cost of doing this test varies from location to location. Some vets can test in-house but others have to send the test to an outside lab.

On the positive side, titers don’t need to be done frequently, while vaccinations are given on a regular schedule. If your pet has a high level of antibodies present in their blood and can skip vaccines, titer testing may be worth every penny. For people thinking of moving to Australia, we recommend every 18 months to keep validity overlapping.

How long does it take to get a titer test result?

What is a titer value?

Titer value, or titer ratio, indicates the last dilution in which the antibody was still detected.

For example, if the sample of blood were diluted 1000 times and still shows antibodies, the titer ratio would be 1:1000. This is a “strong” titer. A titer of 1:2 would be very weak.

Vaccines provide protection against a specific disease, and the titer test measures the level of circulating antibodies in the blood of your pet. The titer test itself doesn’t provide immunity.

What titers are available for dogs?

The most useful titer for dogs is the one for parvovirus and distemper. This test can help determine if your pet requires additional booster vaccines, or if they already have sufficient immunity to prevent getting unnecessary shots. Some studies are showing that parvo vaccines may give immunity for at least 7 years, and distemper vaccines at least 5 to 7 years. Rabies is also titer tested and considered reliable and mandatory for some destinations.

Are titers also available for cats?

The AAFP Feline Vaccination Advisory Panel recommends defined revaccination intervals rather than measuring antibody titers to assure protection. In other words, when it comes to cats, vaccinations are recommended over titer tests but if you need to travel with your cat a rabies titer test is sometimes mandatory depending on destination.

What’s the Science behind vaccines?

Vaccines were developed to help prevent catching and spreading communicable diseases. Just like humans, pets are given vaccines for diseases they’re susceptible to. They may sometimes need a booster to keep those vaccinations effective. Veterinarians typically have a routine schedule of the shots they recommend.

The National Institutes of Health and the Centers for Disease Control explain that vaccines teach the immune system by mimicking a natural infection. When invaders like bacteria or viruses (known as antigens) enter the body, immune cells called T-lymphocytes respond by producing antibodies to protect against further infection.

So if your pet is exposed to a specific disease, their immune system remembers what it learned to protect them against that disease. The T-lymphocytes, called memory cells, go into action quickly if the body encounters the same germ again.

Vaccinations for pets fall into two categories: core pet vaccines and non-core vaccines. The ASPCA emphasizes that core vaccines are considered vital to all pets based on their risk of exposure, the severity of disease, or the fact that they could be passed on to humans.

Core pet vaccinations are recommended for every pet.

Non-core vaccines can be prescribed based on your particular pet’s situation. For example, non-core vaccinations may not be necessary for a cat that’s kept only indoors. A dog that is frequently boarded in a kennel will need shots that another dog, who is never boarded, doesn’t need to receive.

Many vaccines are given to pets as young as 8 weeks old. It takes at least 14 days after vaccination to get a genuine immune response. You and your vet should discuss setting up the best vaccination schedule for a kitten or puppy, as well as which shots are to be given in the future.

Why Titer testing instead of vaccinating?

Some are pushing for titer testing instead of, or in addition to vaccination, viewing it as a more “natural” approach or less invasive form of medical treatment. Titer tests could indicate that your pet’s immunity levels are sufficient, and no vaccinations are currently needed.

Proof of immunity to rabies may be required prior to international travel.

Are there further considerations regarding titer testing?

One difficulty with titers is that interpreting the results of titer tests is more complex than it might sound at first. Even veterinarians and immunologists have a challenge understanding exactly how the immune system works. There can be disagreement on the level of antibodies needed to guarantee immunity.

When is titer testing most valuable?

Despite the uncertainties, there are times when titer testing is definitely useful:

That for some countries rabies and other titer tests are mandatory. For certain destinations there will be a 3 or a 6 month period before pets can enter, and also the validity time of the test varies.

So if you are planning to travel internationally with your cat or dog, keep them up to date with their rabies vaccinations to avoid any waiting period.

Sorry, the comment form is closed at this time.